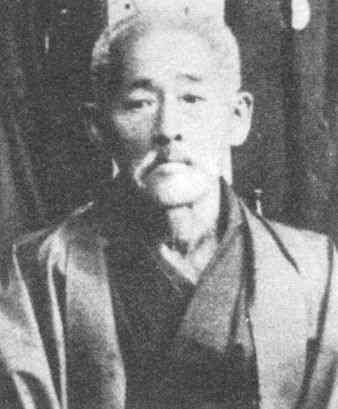 ​​​​​​​
Kanryo Higaonna  (1853-1915) began his training in 1867 under a master named Seisho Aragaki.  He trained with Aragaki for only a few short years when Aragaki’s professional duties required that he travel to China.  Aragaki introduced Higaonna to another teacher, named Taitei Kojo.  Higaonna trained under Taitei for a short time until he was able to arrange passage to China, With the help of Taitei, arrangements were made for lodging, and martial arts instruction. In Fuzhou, China, he began to study under a kung fu master called Ryû Ryû Ko.  In approximately 1883, Higaonna returned to Okinawa, where he began teaching what he had learned. One of his most prominent students was Chojun Miyagi who started teaching after Higaonna passed away. 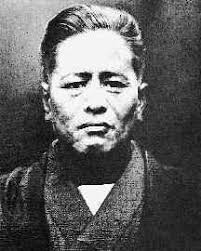 Chojun Miyagi (1888-1953) began his training at the age of 11 under Ryuko Aragaki and continued at the age of 14 under Kanryo Higaonna for the next 13 years.  Miyagi had been teaching his “te” (the informal name at the time for what would come to be called karate) for some time when he decided to name his system “Goju.”  Go means “hard” or “steadfast.”  Ju means “soft” or “gentle.”  Thus, a simple translation of Goju Ryu is “hard, gentle style.”  Miyagi registered his system with the Dai Nippon Butoku Kai, a national organization with great prestige.  He was appointed to serve as the director of the Okinawan branch of the Butoku Kai.  When he passed away, his most senior students went on to form their own dojos, and branches of Goju Ryu.  Prominent among these was Eiichi Miyazato.

Eiichi Miyazato (1922-1999) began his training in 1938 and taught at Miyagi’s garden dojo after his death. Miyazato received all of Miyagi Sensei's kigu undo devices and subsequently founded the Jundokan dojo in 1957.  Miyazato Sensei was a police officer, and in that role was responsible for teaching officers both karate and judo at the Okinawan Police Academy. Because of his experience with judo's ranking system, he was also instrumental in introducing the ranking system to Okinawan karate during the mid-1950's. Teruo Chinen served as Miyazato’s “Uchi Deshi” for several years. 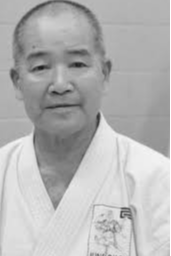 Teruo Chinen (1941-2015) lived three doors down from Miyagi’s dojo/home when he was a child and was impressed by what he saw there even though he didn’t quite understand it.  His formal karate training began in junior high school at the age of 13.  By this time, Chinen’s parents were both dead and he and his siblings were living with his uncle.  His life lacked direction until he discovered karate, and at the age of 14 he decided to devote himself to training which continued under Miyazato Sensei at the Jundokan.  In 1959, Sensei Chinen’s great sempai, Morio Higaonna, moved to Tokyo to open the Yoyogi Dojo.  Chinen followed him, taking on the task of teaching the “Gaijin,” or foreigners.  In 1969, Chinen was sent to Spokane, Washington USA, by Miyazato Sensei to teach Goju Ryu.  In 1988, he was promoted to 7th dan and awarded the title of "Kyoshi" by Miyazato Sensei.  That was his last promotion. Sensei Chinen spent his adult life traveling the world bringing Goju Ryu to enthusiastic practitioners in many countries, but Spokane was his home.